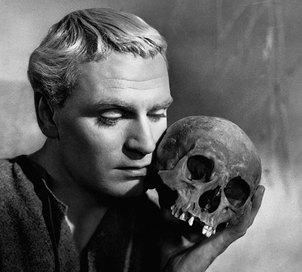 It is almost certain that you and your open source project will need to part ways. It's a perfectly natural part of the open-source lifecycle, and you shouldn't feel bad about it. But that doesn't make the process any easier. Endings don't write themselves, and your preparations for the end are like writing a will: They are not fun, but they will make a difficult time much smoother if you can prepare in advance. If you don't actively end your project or separate from it, you can leave current and potential users in the dark. This can lead to confusion or mistrust in you or your organization. Think about how much work you put into getting your project off the ground; shutting down your project should take about this much work, possibly more. But fear not, planning for succession can make a big difference in how easily the transition occurs.

Anyone who starts an open-source project will probably need to end that project, or at least stop being involved. Is it normal for you to love your project like crazy in the beginning but later lose time, lose interest, ... or even start to resent it? Yes. Yes. Affirmative. Some reasons you might part ways with your project:

What path I should take?

There are three paths to separating yourself from an open-source project.

How should I decide which path to choose?

Do you have maintainers to pick up the slack? Consider handing it off, especially if you'd like people to keep using your project.

Could someone benefit from seeing your approach, even if it was wrong? Consider preserving or archiving your project. You could note that the project is no longer being maintained but still encourage forks, so long as it's not dangerous for someone else to keep using the code.

Does the project somehow do harm to you or people who might use it or read about it? You might be interested in removing it from the internet, especially if you don't want to be affiliated with it anymore.

Only the first path means that your project will still be updated/maintained.

A few reasons your project may not be worth updating or maintaining:

Treading Down Your Chosen Path

Here's more about the three main paths to take as your project dies or your involvement as the lead goes away.

Handing Off Your Project

Depending on the level of community involvement, you may already have other people who are heavy contributors and taking the lead on things. These will be the best candidates to take a handoff.

If you do not have these heavy contributors in your community, then it may be difficult to find someone. Hopefully you have a forum, list, chat channel, etc., to be able to communicate to your users and contributors as a way to make a call for new leadership. An important consideration is whether you trust that new maintainers will do as good of a job maintaining the project as you did. Ultimately, handing off the project to them (when the project has been associated with you or your organization) can be interpreted as an extension of trust.

Setting expectations for a new administration

In discussing a handoff to new maintainers, it's important to communicate the expectations of what it means to lead the project. And if you've followed the guidelines from previous chapters, most of these things will already be coded into documentation and the community!

Items to discuss with new leadership

Communicate with your users

With new administration, there will likely be changes, and it is important to communicate these changes, or even lack of change to the people that use your project. Make sure to explain changes to your users with as much advance notice as possible. Send out notices often enough to make sure people are reminded but not bothered. And send out notices through multiple channels whenever possible.

Things that need to be handed over

There are some mechanics of handing off, mostly around access and ownership of code and project resources. These things may be split amount other people, or may already be held responsible by others.

If there isn't a natural set of maintainers for your project, you might consider archiving it. The main goal with archiving a project is communication.

What do I need to communicate to existing users?

What do I need to communicate to future users?

How do I demonstrate that my project is unmaintained?

In some instances, you may want to remove your code from the internet. Here are some things to think about before you make this decision.

Should I just archive my project instead?

If you answer yes to any of these questions, then you might want to archive your project.

Why would I want to kill my project?

If you didn't answer yes to any of those questions, you might consider killing off your code. Here is a list of questions to consider:

This Is The Form Our Grief Has Taken

Here are some examples of how developers have sunsetted or handed off their code.

Now that you have passed on your project, take a moment to feel good about the work you accomplished and what more you can do in the future.

You may feel guilty or irresponsible for letting go of a project, especially if this is one of your first open source projects or one you were heavily involved in, but rest easy. This happens all the time, and the world continues to spin.

The 2009 Burton Street Project worked, thanks to all the alliances and collaborations that emerged, despite limited resources at the newspaper where it originated. This collaborative structure also made it unstable in the long run, though. About a year after the project won awards, some of the developers approached the newspaper about using the code and creating a similar project for a neighborhood facing a comparable situation, further east in North Carolina. Even though the publication was willing, those developers' personal circumstances changed, and the project faltered. The code remained with the newspaper, and the project was hosted on its site, despite the promises to release the code publicly to anyone who asked.

In 2014, the Burton Street Project completely disappeared from the newspaper's site, in the midst of the publication's hasty redesign. This happened after a period of considerable turnover at the publication due to mismanagement, and team that had originally put the project together had turned over. The project, and the code that made it possible, were completely lost because there was no clear way to preserve it or hand it off to another entity.

The lesson: Clearer planning for the open source aspect of the project would have made a huge difference. While some projects have natural ends, this one could have been far more useful, for far longer. It helped provide a direct platform for a marginalized area in Asheville and could have helped do the same in other places. Its end was premature and not due to any intentional plan, but simple negligence, poor planning and lack of clear prioritization. It's what can happen without a clear handoff/sunset plan.

For more on the Burton Street Project's use of collaboration among multiple groups to complete a project with limited resources, see Chapter 1. For more on it as an example of successful community communication, see Chapter 6.